I thought it was dangerous play: Steve Kerr on Marcus Smart’s dive 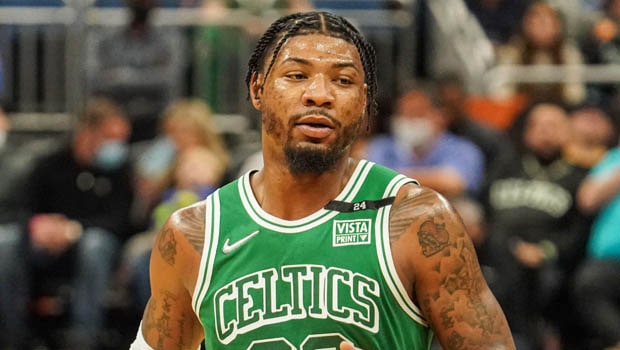 Golden State Warriors head coach Steve Kerr feels Marcus Smart’s play against Stephen Curry was dangerous. Curry was ruled out of the second half against Boston Celtics after he suffered a left-foot soreness. The Celtics won by 110-88 on Wednesday night.

Curry underwent an MRI after the game and Kerr revealed that the seriousness of the injury will be known after the MRI report. The talisman suffered the blow when 4:17 were left on the clock in the second quarter. Curry’s leg was rolled over by Marcus Smart when the two were fighting for the loose ball and Kerr was frustrated by Smart’s dangerous play.

Meanwhile, it is well known that Smart gives his all on the court and he plays hard. Smart added that he is not a dirty player and didn’t notice that Curry is also going for the ball.

“I saw the ball, I dove for the ball, trying to make a play,” Smart said. “Unfortunately that occurred.”

He added: “I’m sure I’m going to get called dirty. But I know who I am. … I play very hard and I leave everything on the court. … My teammates, my colleagues, they know I’m not a dirty player.”

On the other hand, Draymond Green feels Marcus Smart’s dive was unnecessary but he didn’t rate it as dirty play as he was going for the ball.