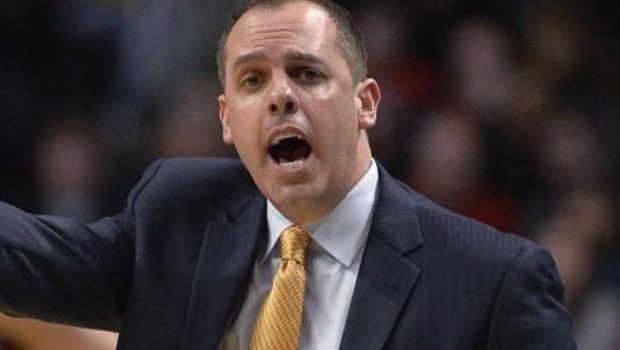 However, the team’s chief coach doesn’t feel he is not under siege. Lakers lost their 23rd match of the season against Indiana Pacers on Wednesday night by 111-104. In fact, Indiana Pacers haven’t been in the best of forms themselves as they have a 16-29 record and had lost 10 out of their previous 11 matches.

When the Lakers were stunned by a team that is placed at 13th position in the Eastern Conference, questions were once again raised on Frank Vogel’s job.

“I don’t feel like I’m under siege,” Vogel said before the Lakers lost 111-104 to the Indiana Pacers. “It’s not hard to do my job; I’m very focused on the task at hand. I’ve always been that way.”

On the other hand, LeBron James who once again top-scored for the team with 30 points, put his weight behind the support staff.

“Coaching staff has been great,” said LeBron James. “They put us in a position to succeed, and it’s up to us to handle the business, so there’s always things that we all can do better, but there’s no blame.”

James added he is not someone who will point fingers at others as he is not a negative person and took an issue with a question regarding Vogel’s position with the team.

“I’m not in that business, of pointing fingers or pointing blame,” James said. “It’s not my lane. I’m not a negative person. So if you got something to ask me besides trying to s— on somebody, I’ll answer those. … It seems like y’all are in s— mode right now.”

Carmelo Anthony, who scored 14 points, added that it is up to the players to get the result for the team and execute their skills to perfection.

“I mean, we got to do it,” Anthony said. “It’s up to us. It ain’t up to … Frank’s not out there. It’s up to us to go out there and execute and play basketball and win some games.”

Lakers will next face Orlando Magic on Friday.