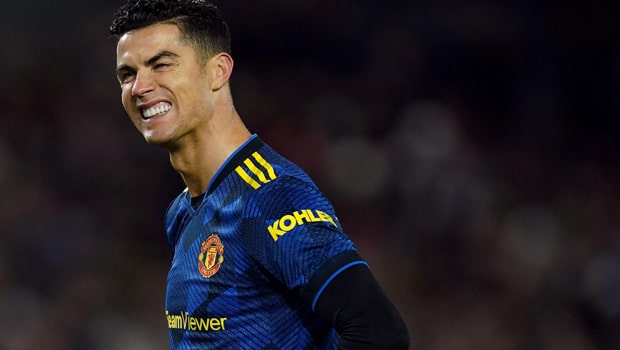 Football veteran Cristiano Ronaldo is soon going to be 37 years old in February but he is hopeful he can play for another four to five years. Ronaldo said he is still motivated and passionate about the game and he gives his best in the training session and thus he is enjoying himself in doing what he loves the most.

Ronaldo was awarded the FIFA Special Best Award in Zurich for completing 800 goals at the top level and the talisman feels this award will further motivate him to push himself to the limits.

Ronaldo is still going strong at 36 and he has scored 14 goals in 21 matches for Manchester United across all competitions and has also provided three assists.

Ronaldo earlier reached the milestone of becoming the first footballer to score 800 goals at the top level after he scored a brace against Arsenal.

Ronaldo ​​said at the ceremony in Zurich: “I still have the passion for the game. Not just to score goals. It’s to entertain myself because I’ve played football since I was five, six years old. When I go out on the pitch, even in training, I’m still enjoying it and my motivation is still there. Even though I’m going to be 37 soon, I feel good, I feel motivated, I have been working hard since I was 18 years old and I continue to.

“I love the game. I still have that passion. I want to continue. People ask me sometimes how many more years I’m going to play and I say I hope to play another four, five years. It’s all mental because I think that if you treat your body [well], when you need your body it’s going to give it back.”

On the other hand, Ronaldo also took to his Instagram and stated that winning this award is the pinnacle of his individual achievements and it will further motivate him to do well.

“Winning The FIFA Special Best Award is a tremendous honor and a huge privilege,” he wrote in an Instagram post.

“The fact that such a relevant institution chose to recognize me as the Top Goalscorer in the history of FIFA competitions is, for me, the pinnacle of my individual achievements in the representation of my beloved country.

“Now, it’s up to me to turn this award into extra fuel and motivation to help achieve all our goals at Man. United for this season, as well as to the upcoming play-off matches in March, so that Portugal can be at the 2022 World Cup in Qatar, and we can all keep writing this amazing story together.

“Last but not least, a special word to all the tremendous players that represented Portugal by my side over the last two decades, and to all the international players that I faced so many times all around the globe. Your talent, your professionalism and your quality always contributed to make me a better player.”