How Kobe Bryant Overcame His Achilles Injury in 2013

Posted by Marlon William on November 4, 2021 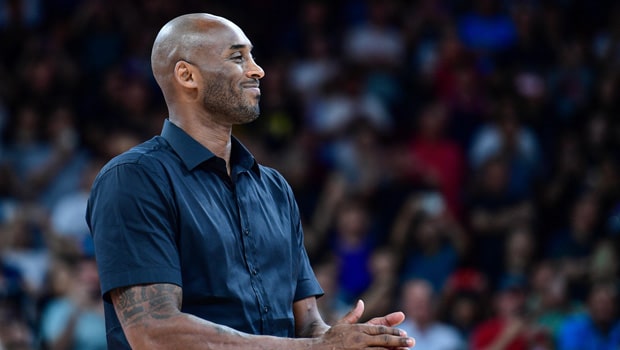 “This is such BS! All the training and sacrifice just flew out the window with one step that I’ve done millions of times! The frustration is unbearable. The anger is rage. Why the hell did this happen ?!? Makes no damn sense. Now I’m supposed to come back from this and be the same player Or better at 35?!? How in the world am I supposed to do that??

I have NO CLUE. Do I have the consistent will to overcome this thing? Maybe I should break out the rocking chair and reminisce on the career that was. Maybe this is how my book

ends. Maybe Father Time has defeated me…Then again maybe not! It’s 3:30am, my foot feels like dead weight, my head is spinning from the pain meds and I’m wide awake. Forgive my Venting but what’s the purpose of social media if I won’t bring it to you Real No Image??

Feels good to vent, let it out. To feel as if THIS is the WORST thing EVER! Because After ALL the venting, a real perspective sets in. There are far greater issues/challenges in the world then a torn achilles. Stop feeling sorry for yourself, find the silver lining and get to work with the same belief, same drive and same conviction as ever. One day, the beginning of a new career journey will commence. Today is NOT that day.

“If you see me in a fight with a bear, prey for the bear”. I’ve always loved that quote. That’s “mamba mentality” we don’t quit, we don’t cower, we don’t run. We endure and conquer. I know it’s a long post but I’m Facebook Venting LOL. Maybe now I can actually get some sleep and be excited for surgery tomorrow. First step of a new challenge. Guess I will be Coach Vino the rest of this season. I have faith in my teammates. They will come thru. Thank you for all your prayers and support. Much Love Always.

“The Achilles Injury Was My Personal Mount Everest” – Kobe Bryant

Kobe Bryant is one of the greatest NBA players of all-time. Some believe that he is possibly the greatest Laker ever. Two jersey numbers in the rafters at the STAPLES Center prove this.

In his book, The Mamba Mentality: How I Play, Kobe detailed the Achilles injury he suffered on April 12, 2013 against the Warriors.

“We had just three minutes to go in a game with the Warriors. I realized right away that it was torn. First, I felt it, and then I looked down and saw it curling up the back of my leg.

Still, I tried to walk on it, tried to figure out how to play around it. It became evident fast, though, that I should take the free-throws and get the hell out of there.”

Right after sustaining the injury, as Kobe walked off the court, he just looked at his wife and shook his head. He went straight to the training table in the locker room and started game planning for surgery the next morning with his trainer Gary Vitti and surgeon Patrick Soon-Shiong.

Before the injury, Kobe was already thinking about his career arc, since he could feel his body wearing out. He pretty much knew he was on the clock.