Posted by Vincent Henderson on November 4, 2021 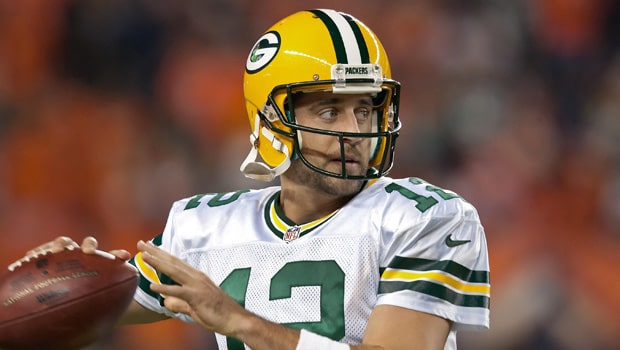 Thee Green Bay Packers — without the likes of Davante Adams, Allen Lazard and Marquez Valdes-Scantling — found a way to win on the road vs Arizona, 24-21, as the Cardinals suffered their first loss of the 2021-2022 NFL season.

Both teams are now with 7-1 records.

It was the Packers’ seventh straight win this season with QB Aaron Rodgers leading the way with 2 TDs.

“I love this football team and I’m having so much fun with these guys,” Rodgers said after the road win. “This is why I love this squad… It’s going to be a great freaking ride back to Green Bay.”

According to Pro Football Focus, Rodgers has a 91.9 PFF grade trailing int he fourth quarter since 2017. That’s the highest among all QBs.

“We didn’t play very well in the first half, I didn’t call a very good game, couldn’t get into a rhythm, took some negative plays,” Arizona coach Kliff Kingsbury said. “In the second half, guys responded and they’ve done that all year when we’ve struggled, to be able to come back and answer the bell. We just weren’t able to finish this time.”

This was Arizona’s first game of the season with DE J.J. Watt, who suffered a shoulder injury in last week’s matchup vs Houston. He has 16 tackles and one sack so far this season.

“We weren’t on the same page,” Cardinals’ QB Kyler Murray said. “And it cost us.”

Thursday marked Randall Cobb’s second multi-TD game of this season. He has caught 71 percent of his targets from Rodgers for his career overall.

Cobb finished with 3 receptions for 15 yards and 2 scores.

“It was tough in the passing game at times, but [Randall] Cobb came up with a couple big touchdown catches,” Rodgers added.

The game did see some players carted off the field following a collision after a third-quarter kickoff. Cardinals RB Jonathan Ward, and Packers RB Kylin Hill were both carted off.

“It’s a concussion, but he’s got all feeling in his limbs,” Kingsbury said of Ward after the game. “Obviously, we’re glad about that.”

Hill looked to suffer a knee injury and was on crutches after the final whistle.

Green Bay gets extra day or so to prepare for the next matchup vs Kansas City on Nov. 7, while Arizona hits the road next week vs San Francisco.