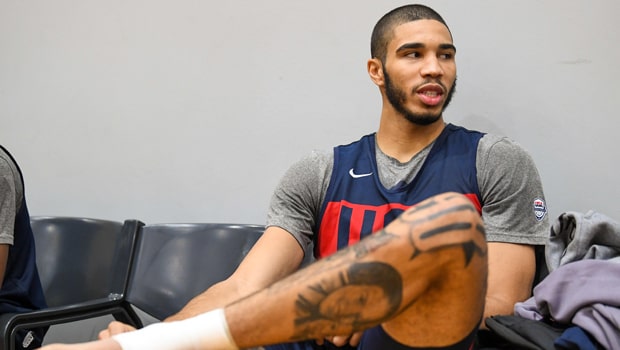 Jayson Tatum wouldn’t be the player that he is today without Kobe Bryant. Tatum, just like Devin Booker and others, viewed Kobe Bryant as an older brother and mentor. Kobe would mentally challenge Tatum to see how great he truly wanted to be. The Celtics star appeared on the Talking to the Beyond The Press podcast with Ashley Nevel and revealed what Kobe would do to make him start thinking differently about preparation and sacrifice.

“Everyone wants to win,” Tatum said. “I want to be a champion. I want to be an MVP and want to be one of the greatest to ever play — Hall of Fame. That’s something I’m actively working on.”

After being selected No. 3 overall by the Celtics in the 2017 NBA Draft, Jayson Tatum has helped guide the Celtics deep into the playoffs and he’s averaged 19.4 points, 6.3 rebounds and 2.7 assists in 32.7 minutes over 289 career games.