Posted by Marlon William on September 8, 2020 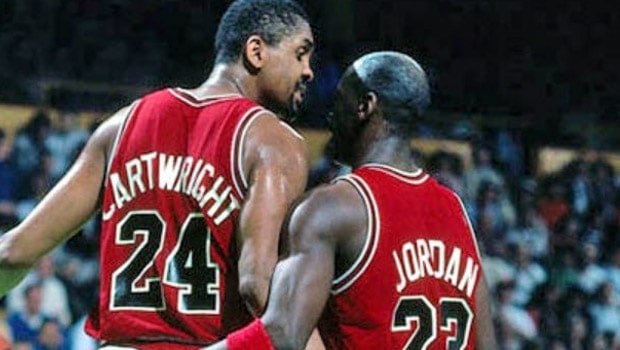 Bill Cartwright, who won three NBA Championships with the Bulls as a player from 1991 to 1993 and three as an assistant coach from 1996 to 1998, recently shared what playing with Michael Jordan was like.

A three-time All-American at the University of San Francisco (USF) in the late seventies, Cartwright is now an ambassador for the program. He recently told Jeff Faraudo from wccsports.com some special memories of playing with Michael Jordan:

“I’m going to take you a different path because my path to Michael is unique because I got traded from New York. Ended up with with Jerry Krause, who was one of the greatest general managers ever. Played with Michael, Scottie (Pippen), Horace (Grant), John Paxson, BJ Armstrong, Will Purdue, Stacey King, Cliff Levingston, Craig Hodges. And we had the best player in the league.

The timing of it was special. When I got there in ’88, we were still getting our (butt) kicked by Detroit. Nobody cared about us then. When we finally got past Detroit and won a championship, it was a different deal. That wasn’t easy, either. And I can promise you, Michael didn’t like the triangle (offense) at first, until we started carving people up. So there was a lot of complaining going on. But it was a special time, it was a special beginning. We were building to a time that may never come again.”

In May, two-time NBA champion and 1981 NBA Finals MVP Cedric Maxwell told Eduardo Solano, from FOX Sports Radio 1340 AM Hopewell and AccuScore what it was like to play against a young Michael Jordan.