Athletics World Championships: Ohuruogu triumphs by the most slender of margins 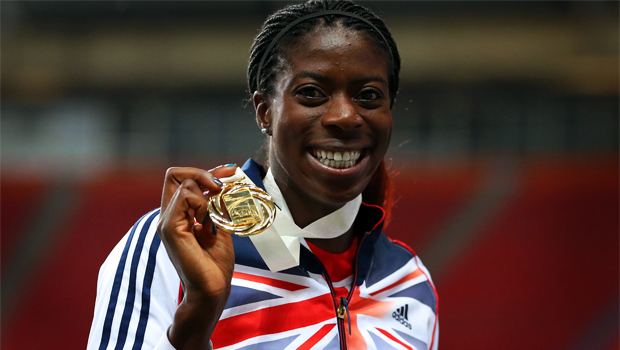 Christine Ohuruogu became the first British woman to win two World Championship titles when she pipped rival Amantle Montsho on the line in 400m final in Moscow on Monday night.

Montsho, the current Olympic Champion and the reigning World Champion, until last night, and Ohuruogu were left waiting for the result at the end of the race after both ladies crossed the line at the same time.

After much deliberation the decision went to Ohuruogu, the judges announcing she had won gold by four thousandths of a second.

Ohuruogu said: “I knew it would be Montsho on the line, that’s what I predicted.

“I knew she’d cause me bother so I haven’t slept. I’ve probably got two days’ worth of sleep to catch up on.”

The decision was so close that both ladies were originally credited with the same time of 49.41 seconds but after closer inspection it was Great Britain’s team captain who was given the win with a time of 49.404 over the Botswana athlete, who was left to rue her failure to dip at the line.

As well as winning the World title, Ohuruogu also beat the long-standing British record for ladies 400 metres, which had been held by Cathy Cook for the past 29 years, and that made the win extra special.

After breaking the record by two hundredths of a second, Ohuruogu said: “Today is really special because I got my national record and that’s what I’ve been working for all season.

“It’s been a passion of mine because I had everything else. Winning is a bonus.”