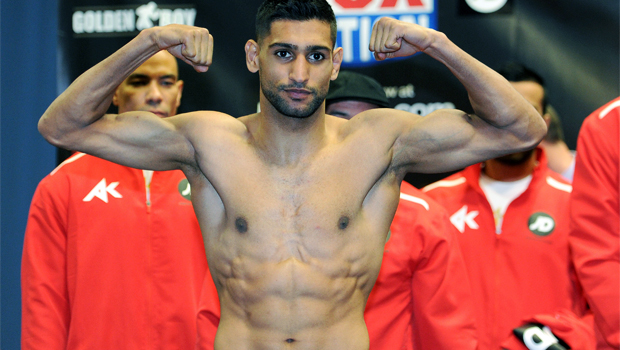 Amir Khan is desperate to fight world champion Devon Alexander in Dubai in December but concedes that he may well have to travel to America to get the bout he wants.

Khan had been looking for a re-match with Danny Garcia, to whom he lost his light welterweight title to in July 2012 when he was knocked out after just four rounds but, according to Khan, Garcia has ducked him and instead will fight Lucas Matthysse in September.

This means Khan will take on Alexander instead with the bout due to take place on December 7.

The Olympic silver medallist wanted the fight to take place in Dubai but claims Alexander is reluctant to take the bout abroad.

Khan said: “I am ready 100 per cent to fight Devon Alexander in Dubai, but it seems he and his team are coming up with excuses every other day and they have not agreed to the fight.

“I want to fight Devon either way. If he does not agree to fight in Dubai, then I will fight in America, or wherever he wants to fight.

“He has a world title, but I had two and I lost both of them, one against Lamont Peterson, who was drugged and he is a cheat, one against Danny Garcia, who was lucky and caught me off guard.

“I have offered Garcia to fight me multiple times, but he knows he was lucky and he doesn’t want a re-fight.

“I am not going to wait around for him.”

Meanwhile Khan has ruled out an all-British encounter with Kell Brook, saying all he has ever done is dodge big fighters and does not deserve to square off against him.

He added: “Brook is not even in my league, this fight will not happen. All he is looking for is a big purse.”