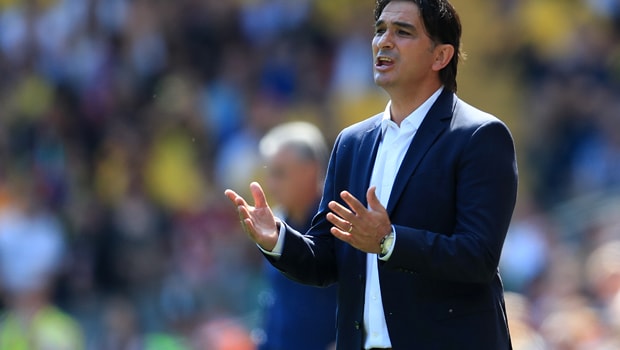 France led early on when Mario Mandzukic diverted a glancing header past his own goalkeeper, before Ivan Perisic fired a crisp leveller.

Croatia were brave after half-time but Paul Pogba and Kylian Mbappe both scored to make it 4-1 and leave them staring into the abyss.

Mandzukic profited from a howler by Hugo Lloris to reduce the arrears to 4-2, but France held on for their win.

The controversial penalty decision “should not take away from France’s win”, according to the beaten manager.

“In terms of luck over the tournament, we lacked that today with respect to the first two goals,” said Dalic.

“The first one was an own goal even though we were dominant and there were no threats to our goal. We equalised and the players did not let up, but then the penalty went against us.

“I respect the referee and he did what he saw. I never meant to be negative.”

Dalic added VAR “is good for football” but “when it goes against you, it is bad”.

Croatia are 19.00 to win Euro 2020, while France are now favourites at 5.00 to add the European Championship to their win in Russia.

Dalic will take some time before deciding what his own future holds as national team boss, but he is immensely proud of his players.

“Over the past two months we have worked very hard. It was beautiful to work with the lads and I am very happy with the time we have had together,” he added.

“I will take a breather. I never take a decision overnight. At this moment I am not thinking about anything other than going safely back to Croatia and taking a rest.”