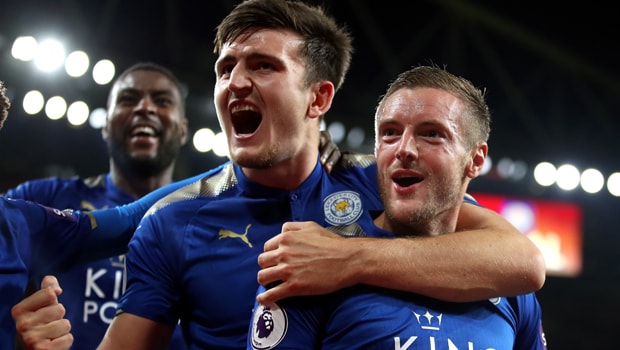 Leicester City fans can expected to see the same Harry Maguire next season despite his World Cup heroics with England in Russia.

The central defender enjoyed a strong tournament with Gareth Southgate’s side as England reached the last-four on the global stage for the first time in 28 years.

Maguire scored in the quarter-final win over Sweden and was a tower of strength at the back, impressing with his composure on the ball among other traits.

While he’s been in Russia, a big-money move to Premier League rivals Manchester United has been touted, with the Red Devils rumoured to be considering a £50m offer to tempt the Foxes resolve.

Former Leicester team-mate Riyad Mahrez, recently departed for Manchester City, has also tipped the defender to move on this summer but Maguire is vowing to stay grounded.

“I’ll try to keep my feet on the ground and stay as grounded as I can. I won’t change and my family won’t change either. I’ll go home and carry on doing the same things I did before,” he said.

Maguire played in all 38 of Leicester’s Premier League matches during the 2017/18 campaign having arrived last summer form Hull City.

Former England goalkeeper David Seaman has recently suggested that Maguire would be a worthy target for Manchester United manager Jose Mourinho this summer.

Leicester meanwhile are reportedly ready to offer their defender improved terms on his current deal, which has four years left to run, on his return from Russia.

He currently earns £45,000 per-week, with Leicester’s powerbrokers seemingly ready to make that £75,000 on foot of his increased status.

Leicester are 9.00 to win their opening game of the new Premier League season away at Manchester United. The Red Devils are 1.36 while the draw is 4.75.