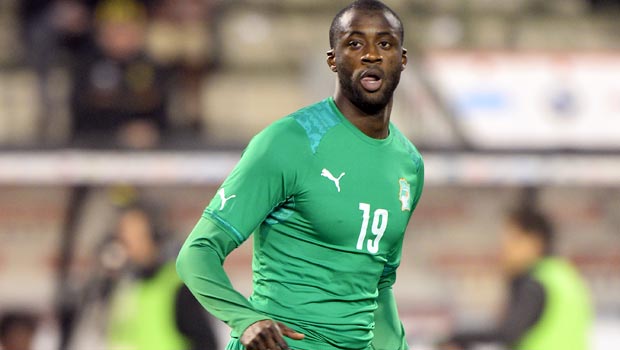 Manchester City star Yaya Toure has denied he has any plans in place after this summer’s World Cup in Brazil.

The Ivory Coast midfielder insists he is fully focused on performing for his country, despite speculation surrounding his future at the Etihad Stadium.

Just days after guiding City to their second Premier League title, Toure was linked with the exit door after his agent claimed the club had disrespected the former Barcelona midfielder.

Earlier this week, the 31-year-old was linked with a move once again but to Paris Saint-Germain after he admitted he would be interested in a move to the recently crowned Ligue 1 champions.

Despite the recent speculation, Toure insists that he has no planned talks with any club and his mind is solely focusing on this summer’s tournament.

“For the moment, there’s nothing planned,” Toure told RFI. “Too many things have been said, that annoyed me.

“I want to take advantage of this opportunity to put things into context. It’s very important.

“I simply said that it was nice to be a player who is quite coveted and it was an honour to play for PSG.

“My goal is the World Cup. The country awaits us.”

With a number of stars amongst their ranks, Ivory Coast could cause a shock at the World Cup. They can be backed at odds of 151.00 to win the tournament, while they are priced at 4.50 to win Group C ahead of Colombia, Greece and Japan.