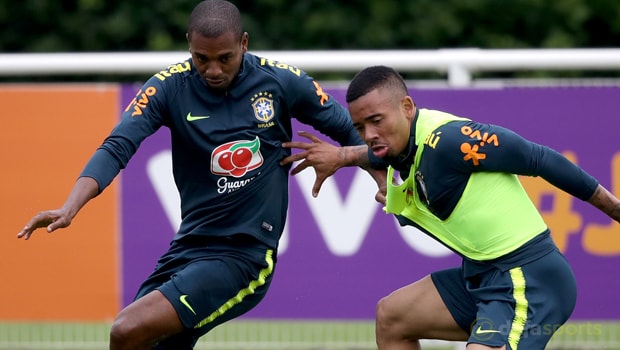 Touted as one of the hot favourites to lift the World Cup in Russia, Brazil go into the tournament boasting one of the strongest attacking line-ups in world football.

A lot rest on the form of Neymar, who had a stop-start second half to the season for PSG, with the forward fracturing a metatarsal in February.

He has recovered in time to play in Russia although Brazil do have other options to step up if Neymar shows any signs of rustiness.

One of them is Jesus, with the Manchester City forward set to play in his first World Cup after scoring 10 goals in 17 caps.

And Chelsea ace Willian says he has potential to be one of the greats of Brazilian football alongside Ronaldo, who won the Golden Boot in 2002.

“He is so young and he can improve a lot. But he is a fantastic player. Of course, he is going to learn more from the players around him, but I think he can reach that level,” Willian told reporters.

“Ronaldo was phenomenal. Gabriel is just starting out. But he has a great future if he continues to improve. He can have a great future and maintain a great level. It depends on him.

Brazil start their World Cup campaign on Sunday against Switzerland. They are 1.40 to win, with the Swiss priced at 8.50 while the draw is available at 4.50.