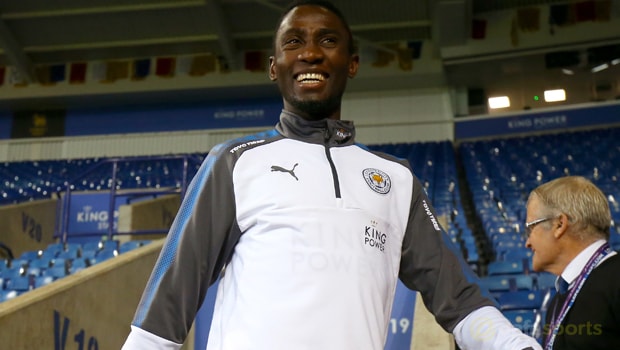 Nigeria head coach Gernot Rohr has revealed Leicester City midfielder Wilfred Ndidi is likely to feature in the friendly against the Czech Republic in Austria on Wednesday.

Ndidi has missed the last two friendlies for his country due to injury and his presence in the heart of midfield has been missed, with Nigeria drawing 1-1 with DR Congo before they then lost 2-1 to England on Saturday.

The combative midfielder, whose club-mate Kelechi Iheanacho has also been named in the 23-man squad, has been working hard to recover in time for the clash at the Rudolf-Tonn-Stadion and he now looks set to feature against the Czechs in Nigeria’s last game before the 2018 World Cup.

Rohr spoke about the Foxes star, who made 38 Premier League appearances this past season, after the loss to the Three Lions and the manager was upbeat about the 21-year-old’s chances of playing.

“We need him (Ndidi) but we had a protocol from Leicester and my friend Claude Puel, who gave me very good information with the medical team,” he said.

“We followed exactly the protocol the medical team by Leicester gave to us.

“We don’t think it was the moment for him to play but I hope if he plays against the Czech Republic, he will be fit and ready on June 16.”

The Super Eagles have been drawn in Group D – which some are describing as the group of death – alongside Argentina, who are 10.00 to win the tournament, Iceland and Croatia.

Rohr’s men, making their third successive World Cup appearance, are 11.00 to win the group, while they are 3.50 to qualify for the first knockout stage of the tournament.