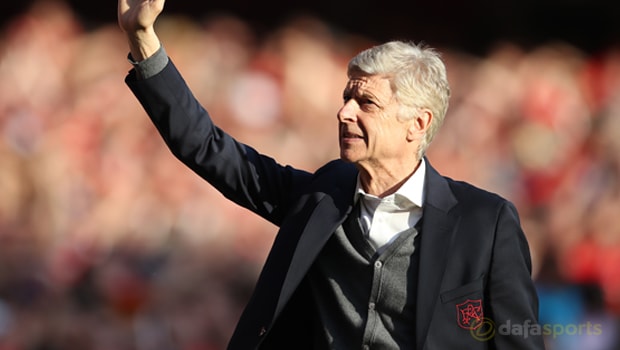 Former Arsenal manager Arsene Wenger says he will have a long, hard think over the next two weeks before deciding whether to take another job in football.

Wenger’s 22-year stay at Arsenal came to an end last month and many are wondering whether he will take another permanent position, having already spent 34 years of his life as a manager.

The 68-year-old was linked with the Paris Saint-Germain post before the Ligue 1 champions opted to appoint Thomas Tuchel whilst rumours also claim he could take over the French national team after the 2018 World Cup.

However, most recently, the Frenchman has reportedly emerged as a target for Real Madrid, who are still reeling following Zinedine Zidane’s decision to step down just days after winning a third straight Champions League title.

Managing Los Blancos would be no easy task and Wenger, who won 17 trophies during his time with the Gunners, admits he needs to have a serious think about the next decision in his life.

“Do I still have the desire to be a coach? It’s the question I’m going to have to answer in the next two weeks,” he said on Telefoot.

I must give myself a little distance, which is something I’ve never done. I’ll have to see how much I miss it.”

Jurgen Klopp, whose Liverpool side are 6.00 to win the 2018/19 Premier League title, has also been linked with the Madrid post whilst Chelsea boss Antonio Conte is said to be another candidate.