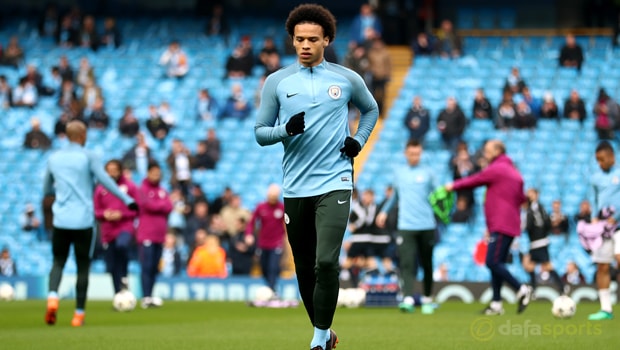 Manchester City winger Leroy Sane is a shock omission from Germany’s 23-man squad for the 2018 World Cup in Russia.

Sane played a key role for City as they clinched the title in record-breaking fashion last season, scoring 10 goals and registering 15 assists from 32 Premier League appearances.

The 22-year-old, who arrived at the Etihad Stadium in 2016 from Schalke, was widely expected to make the final cut for Germany’s World Cup squad but, in a huge surprise, he was omitted by head coach Joachim Low.

Many are already questioning the decision to leave the Essen-born star at home but the strength and depth in Die Mannschaft’s squad still make them one of the most-feared teams in Russia this summer.

The other three players to miss out on selection were Freiburg’s Nils Petersen, who scored 15 Bundesliga goals this past season, and Bayer Leverkusen pair Jonathan Tah and Bernd Leno.

Despite leaving Sane out of their squad, Germany are still 5.50 to successfully defend their world title whilst Brazil, led by PSG ace Neymar, are the 5.00 favourites.