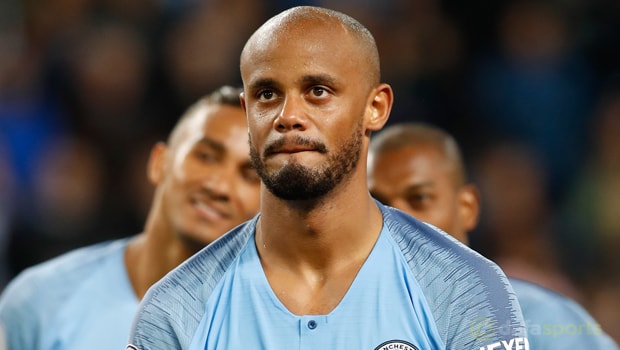 Manchester City defender Vincent Kompany has been named in Belgium’s 23-man squad for the 2018 World Cup despite picking up a groin injury during the 0-0 draw with Portugal in Brussels on Saturday.

Kompany has had his fair share of injury problems over the past couple of seasons, but, after making 17 Premier League appearances for City this past season, it was hoped the issues were behind him.

However, the 32-year-old was forced off during the second half of the friendly draw against Portugal last weekend and he is now facing a huge battle to be fit in time for the major event in Russia, which kicks off on June 14.

The centre-back has been named in the final 23 although head coach Robert Martinez has revealed there is a standby ready to take his place if he fails to shake off the groin problem.

“Until 24 hours before (the Panama match), we can still make a replacement,” he said.

“We need to wait a period of seven, eight days with Vincent Kompany. Then we will get a good opportunity to make a diagnosis.

“Vincent Kompany is a true leader, he performed in a fantastic manner when he was on the pitch. His leadership is essential for us.”

The Red Devils, drawn in Group G alongside England, Panama and Tunisia, are 12.00 to win the World Cup whilst Brazil are the narrow 5.00 favourites to triumph.