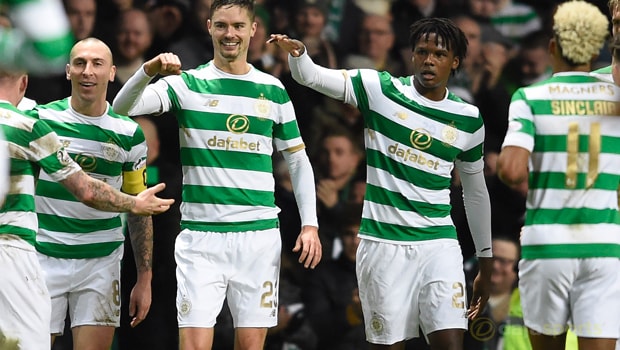 Dedryck Boyata is reportedly in talks over extending his stay at Celtic following an impressive season with the Scottish champions.

Boyata arrived at Parkhead in 2015 from Manchester City and he has become an important first-team member, making 71 league appearances and scoring 11 goals in the process.

Reports are now claiming the defender, whose current contract runs out at the end of the next campaign, is in negotiations with the Bhoys to extend his stay at the club.

However, a deal is not expected to be agreed upon until the 2018 World Cup in Russia is over after the centre-back was included in Belgium’s final 23-man squad for the major tournament.

With doubts over Vincent Kompany’s fitness ahead of the event, Boyata could find himself in line for a potential starting spot against Panama on June 18.

The Red Devils, a 12.00 chance to lift the trophy, are 1.15 favourites to kick off their campaign with a win, a draw is priced at 7.50 whilst Los Canaleros are massive 21.00 outsiders to pull off a shock victory.

Celtic are being tipped to do the domestic treble once again next season although more competition could come from Rangers this time around.

The Gers are now managed by former Liverpool captain Steven Gerrard, who worked under Brendan Rodgers at Anfield, and one of England’s greatest midfielders could prove to be a thorn in the side of his ex-boss.