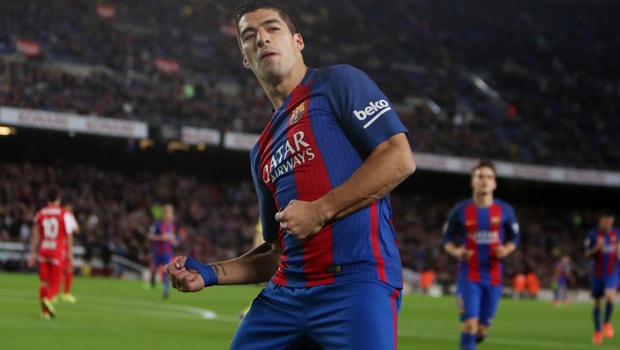 Uruguay striker Luis Suarez admits it would be a huge loss if Edinson Cavani is unable to feature against France but he insists they have a good enough squad to cope without him.

Cavani and Suarez teamed up in style last week as they helped Uruguay secure a 2-1 victory over Portugal in the round of 16.

Paris Saint-Germain star Cavani grabbed both the goals to help his side progress and the South Americans will now take on France in Friday’s quarter-final clash.

However, Cavani picked up a left shin injury during the win over Portugal and he limped off the field with Cristiano Ronaldo helping him walk.

Scans have shown the injury is not serious but Cavani is struggling to walk normally and has not trained for the past few days.

The 31-year-old will be given time to recover ahead of the clash with Les Bleus in Nizhny Novgorod but Suarez insists they have to fight on without him as they try to book their spot in the last four.

He told ESPN: “What Edinson stands for, in terms of my game and for the team, is essential — he has shown how important he is for La Celeste.

I cannot talk about his recovery from injury, but I know that he has the desire, the attitude and is making the effort to do everything to be there – it does not only depend on him, though.

“We have played without Edinson already, during qualification, and the team adapted to the situation.

This is different, though — this is a World Cup. “There are players who can fill in for Edinson but anyway, the game will not depend on one single player — we have already shown a lot of progress for a collective point of view.”