Tite: Neymar not ready just yet 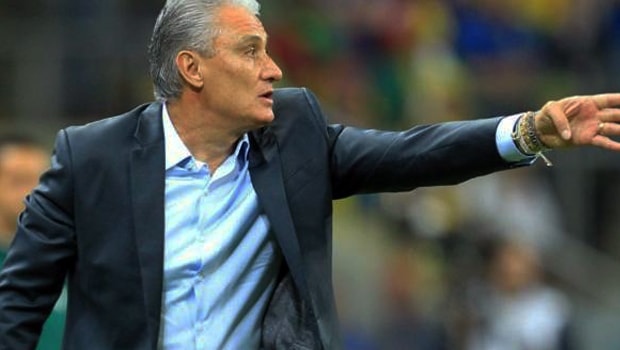 Brazil manager Tite has confirmed forward Neymar is not 100 per cent fit as he prepares to play in their World Cup opener against Switzerland on Sunday evening.

The Paris Saint-Germain star continues to try and get back to full fitness after spending the last few months on the sidelines.

Neymar fractured a metatarsal and sprained his ankle in February but he has featured in their last two friendlies.

The 26-year-old is expected to start Brazil’s first game on Group E but Tite admits he is not at his absolute best just yet.

He told FIFA.com: “Neymar is still not 100 per cent, but he is very privileged physically. “The level he has displayed in his sprints in high velocity has been impressive.

But still he has something to gain “It should happen sooner rather than later, hopefully.”

Brazil have lost their last two World Cup, the 2014 semi-final humiliation as they lost 7-1 to Germany and the following third-place play-off against the Netherlands.

They remain the bookies favourites at odds of 4.50 and Tite is confident they can live up to expectations.

He added: “The work we have done elevates the expectations, but also brings us peace.

“I am very happy about the level of performance we have shown so far. I hope we can now reproduce this under pressure.”

Brazil will do battle with Switzerland at 7pm BST and they are 1.44 to win, with the draw 4.33, while Switzerland can be backed at odds of 9.00.