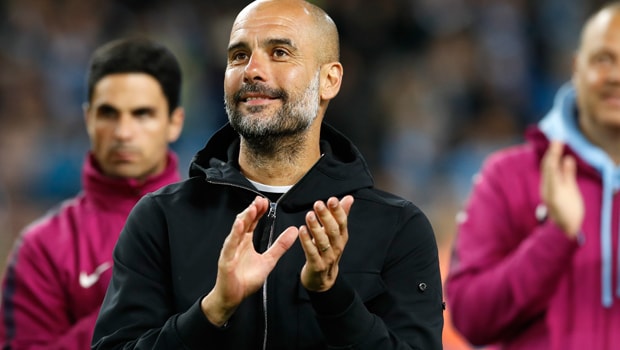 Pep Guardiola will take champions Manchester City to visit Arsenal at the Emirates Stadium in their first game of the new season in August.

It will also mark the first domestic game in the reign of new Gunners boss Unai Emery, who could scarcely have asked for a tougher start.

Completing the opening set of fixtures will be Chelsea’s trip to Huddersfield, Southampton hosting Burnley at St Mary’s and Watford taking on Brighton at Vicarage Road.

Life after Arsene Wenger will be tough for Arsenal and former Paris St-Germain boss Emery. After the opening weekend game at Emirates Stadium, the Gunners travel to London rivals Chelsea.

Tottenham begin the season with three away games in their opening four league matches as they wait to play at their new home.

They’ve been granted permission to face Fulham at Wembley in a ‘home game’ before Liverpool are the maiden visitors to their new home, adjacent to the old White Hart Lane, in September.

Spurs are relieved to be getting a chance to face London neighbours Fulham at Wembley, last season’s temporary halting place.

Manager Mauricio Pochettino said the new stadium would be “worth the wait”, adding: “We discussed the timings and the ability to play away games and I think it is a good solution to have an earlier home game.

“Wembley was great for us last season and we are even more used to that than we are the new stadium.”

Arsenal are 3.91 to start with a win against Man City in August. The champions meanwhile are 1.91 with the draw 3.50.