Thibaut Courtois not listening to speculation 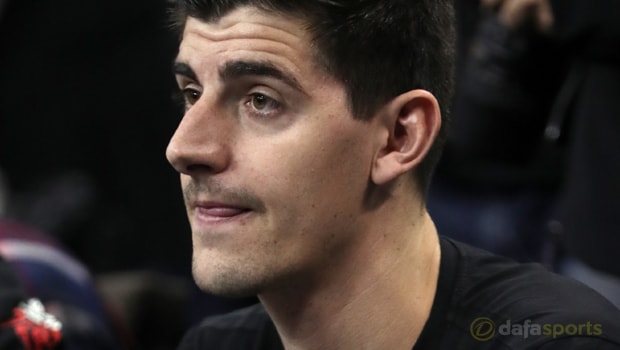 Chelsea goalkeeper Thibaut Courtois insists he is fully focused on Belgium’s World Cup campaign amid speculation over his domestic future.

The talented shot-stopper has been on Chelsea’s books since 2011, having joined from Belgian club Genk in his homeland, but he was loaned out to Atletico Madrid between 2011 and 2014.

He won his battle with veteran Petr Cech for the number one jersey in west London but recently hinted that his future could lie elsewhere.

The 25-year-old has just one year left to run on his contract at Stamford Bridge and reports claim the Blues are already assessing other options.

It is understood that Roma goalkeeper Alisson, who is heading to the World Cup with Brazil, is at the top of their wish-list.

Courtois’ performances dropped below his usual standard in 2017-18 as Chelsea finished outside of the top four and had to settle for a place in next season’s Europa League.

However, with the World Cup firmly in his sights, Courtois insists he is paying no attention to all the rumours and just wants to help his country to enjoy a good run in Russia.

“I think I proved at Chelsea the last two months that I don’t care about speculation,” he said.

“I said what had to be said on that terms. I’m now focused on the World Cup. I think my performances proved that.”