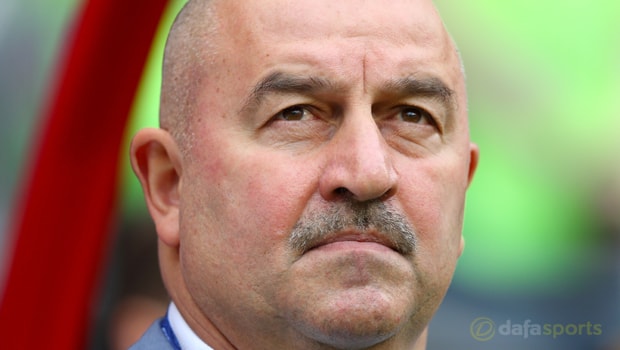 Russia manager Stanislav Cherchesov has urged his players to cut out individual errors as they approach the 2018 World Cup.

Sbornaya head into the World Cup without a win in six outings, a run which dates back to October, following their 1-0 defeat at the hands of Austria on Wednesday.

The 2018 World Cup hosts have one final opportunity to end that run ahead of the showpiece event on Tuesday when they take on Turkey in a final warm-up game.

Cherchesov is keen to build some confidence within his squad prior to their World Cup curtain-raiser with Saudi Arabia on June 14 when the eyes of the world will be watching.

Fortunately they have been handed a relatively weak looking group with Saudi Arabia, Egypt and favourites Uruguay.

However, Russia have never made it out of the group stage at a World Cup in three previous attempts and they failed to win a single game on their last appearance in 2014.

The 54-year-old admits individual errors have been costly in the past but feels they are capable of cutting them out as they look to impress in front of a home crowd next month.

“These things (individual errors) need to be eliminated,” Cherchesov said.

“But mistakes happen if there’s no freshness. We’ll correct them when we are 100 percent ready.”

Russia can be backed at 1.40 to kick the tournament off with a win, while the draw is available at 4.50, and Saudi Arabia are priced at 9.50 to shock the hosts.