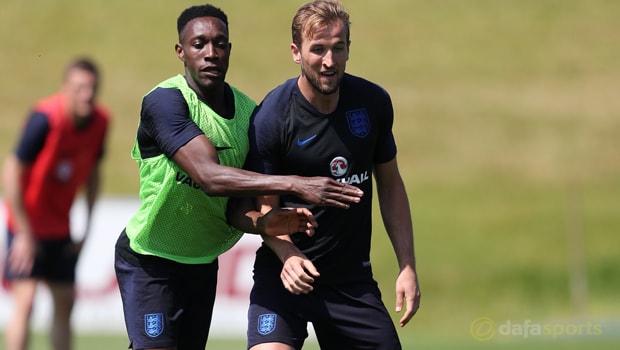 Arsenal forward Danny Welbeck claims he is mentally stronger after missing out on England’s Euro 2016 campaign through injury.

The 27-year-old has been a regular in the England setup since making his senior debut against Ghana, who attempted to convince him to switch international allegiance, in March 2011.

Welbeck has played his part in helping the Three Lions to comfortably qualify for major events and he boasts a strong goalscoring record with the national side.

He was sidelined with a knee injury, which kept him out of action for eight months, and had to watch on as Roy Hodgson’s side frustratingly lost to Iceland in the last-16.

After a mixed 2017-18 with Arsenal he did enough to convince new boss Gareth Southgate that he was deserving of a place in the final 23-man squad heading to Russia.

The former Manchester United hitman claims missing out on the European Championships has helped to improve his mentally and has vowed to give his all this summer.

“Missing out on the last tournament with injury was frustrating for me,” Welbeck told Sky Sports News.

“If you get a big injury, it is not easy at all to deal with it.

It’s a lonely period when you’re not out on the pitch helping your team-mates and doing what you love doing.

You can develop mentally when you away from the pitch. You can take all that frustration, pain and hurt from not playing football and try and use that as a way of helping you and reminding you of what you are missing out on.

“I have had a lot of success on the international stage and I want that to continue. I won’t be resting on my laurels.”

England begin the Russia World Cup against Tunisia on June 18 before facing Panama and Belgium in Group G.