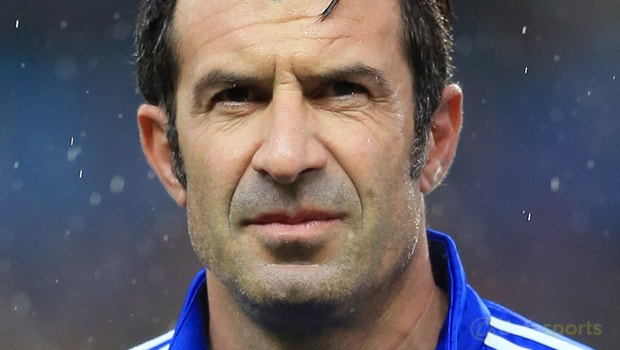 Former Portugal international Figo insists Germany haven’t weakened over the last four years and believes they are among the favourites to win the World Cup this summer.

Die Mannschaft have been consistent challengers on the world stage throughout their history and even more so since the turn of the century.

The 2002 edition in Japan and South Korea saw Germany fall just short as they lost in the final, they came back fighting in 2006 and 2010 and claimed third place at both events, before eventually winning the title for a fourth time in 2014.

Germany beat hosts Brazil 7-1 in the semi-finals before seeing off Argentina in the final courtesy on a goal in extra from Mario Gotze.

They go to World Cup as one of the pre-tournament favourites, having lifted the Confederations Cup in Russia last summer, winning four and drawing one of their five outings, and they have only tasted defeat once in their last 23 fixtures.

Figo, who featured in two World Cups for Portugal, believes Germany will be the ones to beat again this summer and has revealed his admiration for boss Joachim Low.

“Again they have a highly balanced team and Joachim Löw, already a coaching legend of the World Cup who, for me, remains extremely focused,” Figo told German sports magazine Kicker.

“His strengths have shown in Germany’s performances at the last tournaments, and the team is by-no-means weakened compared to 2014.

“So they are one of the top favourites for the World Cup title.”

Germany are priced at 1.44 to win their opening World Cup game, while the draw is available at 4.20, and Mexico can be backed at 7.00.