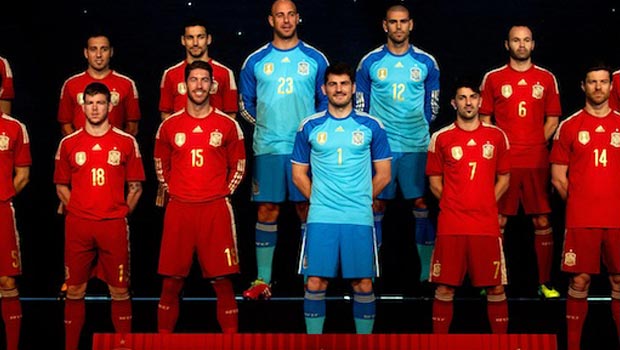 Costa has yet to recover fully from the hamstring injury which forced him out of Atletico Madrid’s Champions League final defeat against Real Madrid after just nine minutes.

The 25-year-old striker was rewarded with his debut for Spain earlier this year after an impressive season for the La Liga champions, during which he scored 27 league goals in 35 appearances.

Despite his injury concerns, Costa will travel to Brazil with the rest of the Spain squad as he looks to build on his solitary cap against Italy in March.

However, Manchester City pair Alvaro Negredo and Jesus Navas have been left out.

Del Bosque has instead opted for experience alongside Costa in his squad, with forwards Fernando Torres and David Villa included.

Goalkeeper Iker Casillas, who lifted the trophy for Spain in South Africa four years ago, has once again been named captain.

Spain are priced at 7.40 to win the World Cup this summer. They begin the defence of their title in a rematch of the 2010 final against the Netherlands.

Spain won the final 1-0 after extra-time four years ago and can be backed at 3.10 to win by one goal when the teams meet on June 14.