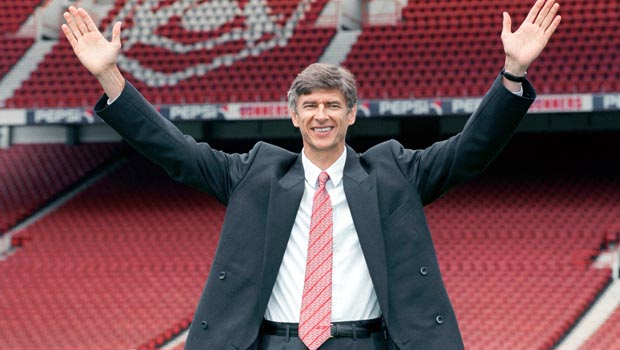 Arsenal boss Arsene Wenger has confirmed he has signed a new deal with the club after guiding them to their first trophy in nine years.

The Frenchman’s new deal will see him remain with the Gunners until 2017, as he looks to add more silverware in the coming years.

Before Arsenal’s 3-2 win over Hull at Wembley, Wenger had been linked with a move to Monaco who are thought to be ready to replace Claudio Ranieri.

The lack of success had caused many fans to lose patience with Wenger, but after winning the FA Cup he looks set for a busy summer as he tries to close the gap between themselves and Manchester City, Liverpool and Chelsea at the top.

Wenger joined the club in 1996 and he guided them to many years of success, including the double in 1998. His 2003-04 team known as ‘The Invincibles’ went unbeaten as they won the Premier League but their last success had come in 2005 in the FA Cup before their success at Wembley this month.

The summer signing of Mesut Ozil gave the Gunners a boost and Wenger is expected to return to the transfer market this summer as he tries to bolster his squad.

Speaking to the club’s official site, Wenger said: “I want to stay and to continue to develop the team and the club. We are entering a very exciting period. We have a strong squad, financial stability and huge support around the world.

“We are all determined to bring more success to this club. The club has always shown faith in me and I’m very grateful for that.

“We have gone through fantastic periods and also periods where we have had to stick together.

“Every time when that togetherness was tested I got the right response. I think I have shown some loyalty as well towards this club and hopefully we can make some more history. I am sure we can.”