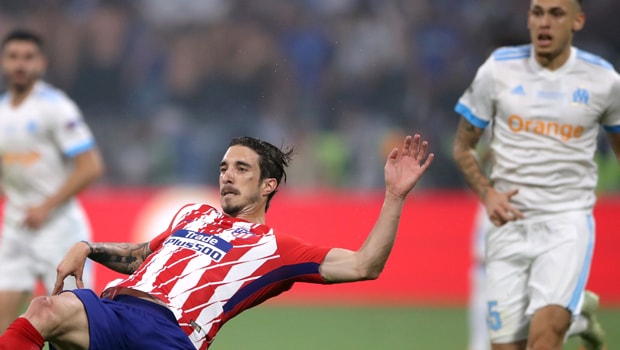 Croatia full-back Sime Vrsaljko does not think Russia’s home support will have a baring on their World Cup quarter-final showdown in Sochi on Saturday.

The tournament hosts have been one of the surprise packages to date, as they came into the World Cup as the lowest ranked nation at the finals, but that has not stopped them disposing of Saudi Arabia, Egypt and most notably Spain to book their place in the quarter-finals.

Croatia have also impressed at the tournament, winning all three of their group games against Nigeria, Argentina and Iceland, although they did require a penalty shootout to get over the line against Denmark in the last 16.

With a semi-final tie against either Sweden or England awaiting the winner of Saturday’s match, both teams will fancy their chances of going even further in the tournament, but Atletico Madrid star Vrsaljko does not think Russia will have an advantage due to their home support.

“We’re focused only on the game… We respect Russia, it was not by fluke that they have qualified for the quarter-finals, they’re a great team,” Vrsaljko was quoted as saying on official website of the Croatian Football Union.

“Russia players will certainly enjoy huge fans’ support at the stadium, but it changes nothing. We’ll hear almost nothing when we’re on the pitch.”

Croatia are through to the quarter-finals of the World Cup for only the second time in their history and they will be looking to replicate the squad of 1998, who managed to progress through to the last four.

Zlatko Dalic’s side appear to be emerging as more than just dark horses to win the tournament and they are priced at 7.50 to be crowned world champions come July 15.