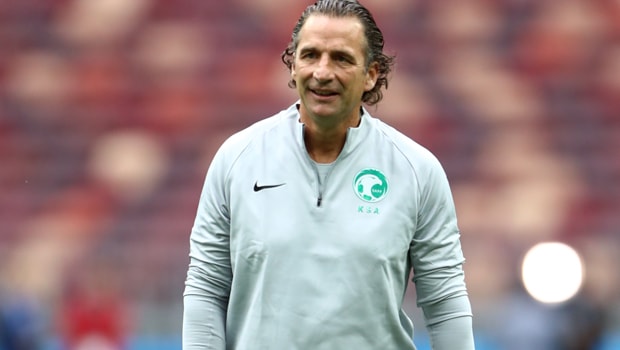 Saudi Arabia coach Juan Antonio Pizzi suggested a feeling of ‘shame’ after his team sunk to a 5-0 hammering at the hands of hosts Russia in the opening game of World Cup 2018.

Pizzi has vowed however that his team can forget the nightmare of what happened against Russia and refocus for their second game against Uruguay on Wednesday.

The host nation went into the opening game under a degree of pressure but that was wiped away with a five-star performance in Moscow.

For Pizzi, the late collapse left a bitter taste in the mouth and he suggested Russia didn’t have to work hard for the flattering win.

“The opposing team really didn’t have to make a huge effort to win this game,” said Pizzi.

“We have now to forget this feeling of shame and start thinking about the next match.”

Pizzi was given the job after the Saudis sacked Bert van Marwijk despite a successful qualifying campaign and then his successor Edgardo Bauza before the World Cup draw in November.

Saudi Arabia have in the past dismissed their manager mid-World Cup and the Argentine knows he cannot be sure he won’t suffer a similar fate.

“The way I feel right now makes that a valid point but whatever happens I’ve got my philosophy and I’ll try to do as best I can,” he said.