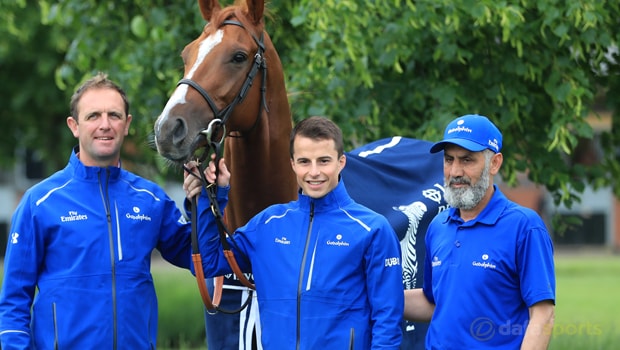 Epsom Derby winner Masar is being aimed at next month’s Coral-Eclipse at Sandown, as opposed to the Irish Derby, trainer Charlie Appleby has confirmed.

The Newmarket trainer had given consideration to the Irish Derby at the Curragh but that race is now the back-up plan for the Godolphin-owned colt.

The trainer revealed both he and owner Sheikh Mohammed feel stepping the son of New Approach back in trip to a mile and a quarter is the right option at this point in his career.

“His Highness Sheikh Mohammed and I discussed Masar’s programme at length and have reached the conclusion the Eclipse will suit him best,” said the Newmarket trainer.

“We’ll leave him in the Irish Derby, just to keep all options open. But the intention is to run in the Eclipse.”

While admitting adding a Group 1 win over the shorter trip would enhance Masar’s long-term credentials as a stallion, that is not the sole purpose of going to Sandown next month.

The Derby has been pored over in forensic detail and Appleby feels a mile and a quarter is right for Masar.

“Would winning the Eclipse enhance Masar’s stallion appeal more than winning the Irish Derby? Of course.

A mile and a quarter Group One on his page would look very nice when he goes to stud, but more so it’s potentially the right race for him,” he added.

“We’d all love to win an Irish Derby, of course we would, but first and foremost is to do what’s right for the horse.

“Watching the Derby over and over again, as we have done, you can’t help but be pleased with the way Masar travelled into the race, and William [Buick] was able to sit there with a lot of confidence as he probably had them all beat bar Roaring Lion at the two-furlong marker.”

Masar is 2.75 favourite to win the Coral-Eclipse at Sandown on Saturday 7 July, while Derby third Roaring Lion is next in the betting at 3.75.