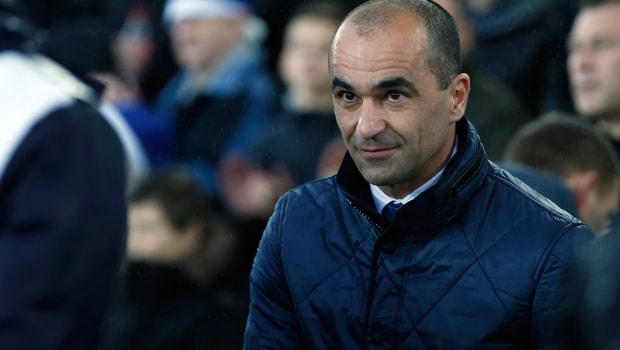 Roberto Martinez was thrilled after Belgium overcame England 2-0 to finish third at the World Cup in Russia.

Thomas Meunier put Belgium ahead after just four minutes and they were always in control thereafter.

Man of the Match Eden Hazard blasted home from close range with eight minutes left to wrap up the win.

The Red Devils’ delight at a third-place finish – their best at a World Cup – was obvious in the manner in which Martinez and his assistant Thierry Henry celebrated with their players at full-time.

Belgium overcame Brazil in the last-eight before going down to a 1-0 loss against France in their semi-final.

Back in 1986, they had lost out to France in the play-off game in Mexico, ensuring Martinez was delighted to be setting a new benchmark for Belgian football.

“We wanted to win it [this game]. When you beat Brazil and get into the semi-final, the focus has to be to try to win the World Cup.

But you need to be realistic when you finish the tournament and look back,” said Martinez.

“These players made history back in Belgium and that’s all that matters. These players deserve to have that accolade.

“The generation of Mexico ’86 set a real inspiration and real vision for all the footballers in Belgium.

Now this group of players overcame that and that’s historic; it took 32 years to be able to be in this position, so there’s real satisfaction and real success.”

Martinez heaped praise on his squad for the quality of football they played during the tournament, before issuing a rallying call that they must build on their achievement, with Euro 2020 already clearly on his mind.

“It has been a really nice journey, a really successful journey but in football you need to look forward and try to improve in the next opportunity that we have,” he added.

Belgium are 8.00 to lift the European Championship trophy in two years’ time.