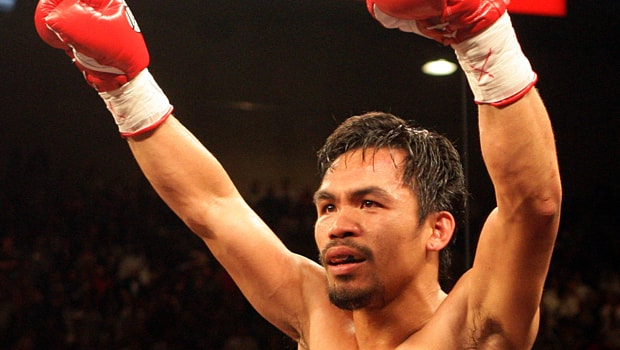 Manny Pacquiao admitted to a degree of surprise after he halted Lucas Matthysse in the seventh round to claim the WBA welterweight title from the Argentine boxer.

The victory gave the 39-year-old the 60th win of his career, which also includes seven losses and two draws, though it was the first time since 2009 that Pacquiao had achieved a stoppage.

Pacquiao had already put Matthysse on the canvas in the third and fifth rounds before the referee stepped in when the Argentine was again knocked down in round seven.

The Filipino fighter admitted he was somewhat shocked himself to have knocked his opponent to the floor with such apparent ease.

“I’m surprised I knocked him down so early,” said Pacquiao.

“It was a long time ago since I’ve done that. I came out smoking hot.”

Matthysse, four years Pacquiao’s junior, had won 36 of his 44 fights by knockout going into the bout.

Pacquiao had replaced long-term trainer Freddie Roach with Buboy Fernandez for the contest in Kuala Lumpur, and he suggested the new regime had paid off as he tailors his training in the twilight of his outstanding career.

“We did a good job in training,” added Pacquiao.

“We were not pushing hard – we controlled our pace and ourselves. “I’m no longer young so thanks to my trainer and all my team members.”

Despite the shock of a surprise reverse, Matthysse paid tribute to his opponent, clearly someone he has a lot of respect for.

“It’s most difficult to be fighting Manny Pacquiao,” he said.

“He’s a great fighter. I lost to a great legend.”