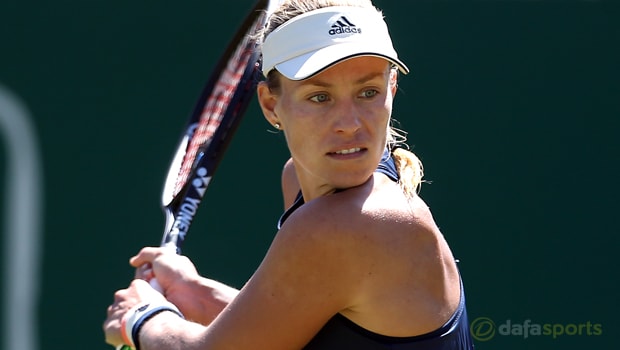 Angelique Kerber admitted to being in dreamland after defeating seven-time champion Serena Williams to win her first Wimbledon crown.

The German, seeded 11th, overcame 23-time Grand Slam champion Williams 6-3 6-3 to claim a first SW19 crown, adding to her Grand Slam successes at the 2016 Australian Open and US Open.

Williams, 36, had been the favourite despite it being only her fourth tournament since giving birth for the first time in September.

Kerber, known for her defensive style, came to the match with a more attacking plan in mind.

She was eager to keep Williams moving around the court and test her mobility.

It worked out perfectly and she was overcome at the end as she became the first German woman to win the title since Steffi Graf in 1996.

“It is a dream come true,” said Kerber. “I know I had to play my best tennis against a champion like Serena.

“Serena is a great person and a great champion and she is a great inspiration for all of us.”

Williams faced her toughest test since returning to the circuit after the birth of her daughter and she was untypically found wanting at times, losing 12 of the 24 points when she came forward to the net via errors.

The American was far from downcast afterwards. “It is obviously a disappointment but I can’t be disappointed. I’m literally getting started,” said Williams.

“To the other mums out there I was playing for you today and I tried. But Angelique played really well. I look forward to continuing to be out there and do what I do best.”

Williams is 4.50 favourite to win the US Open at Flushing Meadows, while Kerber is 9.50 to add the season’s final Grand Slam.