Proud Kasper Schmeichel insists ‘referee did not like us’ 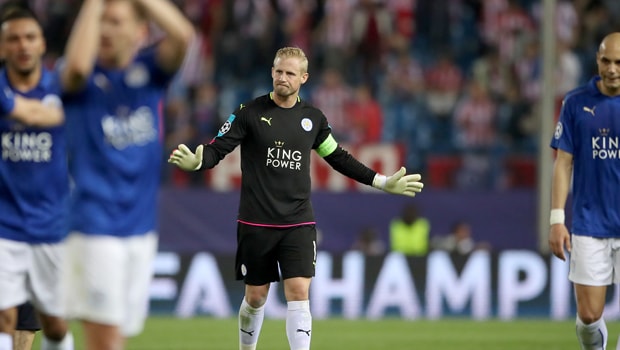 Kasper Schmeichel was proud of Denmark’s effort despite a penalty shoot-out exit against Croatia in their World Cup last-16 showdown in Nizhny Novgorod.

The Danish stopper also hinted that he believed the referee gave his side a raw deal at times during the match.

Mathias Jorgensen gave Denmark the lead with the fastest goal so far in World Cup 2018 but Mario Mandzukic quickly replied.

A tense affair unfolded thereafter with chances limited as the Danes played to their strengths against a talented opponent.

In extra-time, Schmeichel denied Luka Modric the opportunity to win the game with three minutes remaining when he stopped his penalty.

The netminder would save two more in a dramatic shoot-out but it wasn’t enough as opposite number Danijel Subasic halted three of Denmark’s five spot-kicks.

Denmark had only once previously reached the last eight of the World Cup – losing to Brazil at France ’98. Leicester City’s Schmeichel was named Man of the Match in defeat, though that was little consolation to him.

“It’s a strange feeling. Huge disappointment. But also enormous pride about our team,” he said.

“I think today we had the opportunity. I think we were the better team in the second half and the extra-time.

“I don’t think we had any luck. I don’t think the referee liked us. It is difficult to accept and put into words. There are many emotions right now.”

Croatia move on to face hosts Russia in the quarter-finals after a lacklustre performance.