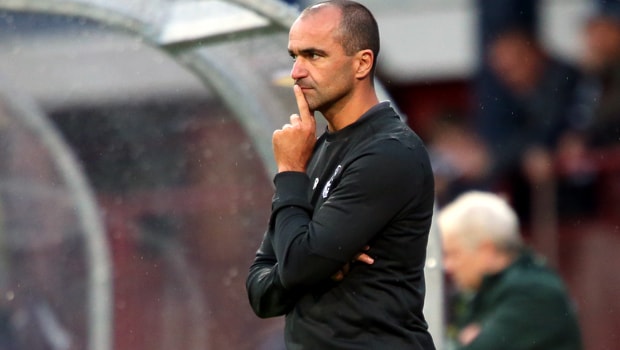 Roberto Martinez feels his Belgium team is stacked with belief that they can go deep into the World Cup in Russia.

The Red Devils face Japan on Monday evening in Rostov-on-Don for a quarter-final berth.

Belgium won all three group games to qualify for the knockout stages, scoring more goals than any other team as they did.

Martinez has declared Romelu Lukaku ‘fully fit’ after an ankle injury ruled the striker out of the win over England on Thursday.

The Manchester United forward had scored four goals in two games against Panama and Tunisia previously.

Thomas Vermaelen and Vincent Kompany are vying to take Dedryck Boyata’s place at centre-back for the clash with Japan.

Martinez feels his squad are ready to embrace their chance, despite the prospect of facing Brazil in the last-eight and, potentially, France in the semi-finals.

“I think there is a belief; we’ve been undefeated for a long, long time,” said the coach.

“There is a real understanding among the players and it’s an opportunity to face the best teams in the world…I think we’ve done everything we can as a group to prepare ourselves.”

The return of Lukaku to the starting line-up could be vital. The 25-year-old striker is already the all-time record goalscorer for his country, having scored 40 times in 71 appearances.

Team-mate Eden Hazard is impressed at how well Lukaku has developed in terms of making the most of the opportunities which come his way.

“Maybe a few years ago he needed more chances, but not now. This is why he is one of the top, top players now,” said the playmaker.

“If he has three scoring opportunities, he scores two most of the time. He is much better than a few years ago.”

Belgium are 1.36 to beat Japan, while Lukaku can be backed at 3.60 to score the opening goal.