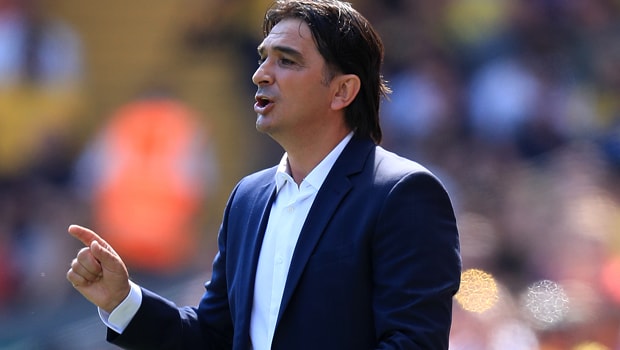 Zlatko Dalic admits his Croatia side were relived to survive a penalty shoot-out against Denmark in their last-16 tussle in Nizhny Novgorod.

The teams played out a tense 1-1 draw after a dramatic start saw them creating a World Cup record, with both scoring inside four minutes.

Mathias Jorgensen gave Denmark the lead with the fastest goal so far in World Cup 2018 but Mario Mandzukic quickly replied.

A tense affair unfolded thereafter with chances limited. In extra-time, Luka Modric passed up the opportunity to win the game with three minutes remaining when his penalty was saved by Kasper Schmeichel.

Goalkeepers Danijel Subasic and Schmeichel then saved an incredible five from nine spot-kicks in the shoot-out before Ivan Rakitic netted the winner for Croatia.

Their reward is a quarter-final against hosts Russia and Dalic knows they have displayed mental resolve to stay alive in the tournament when clearly not at their best.

“We stayed mentally strong, controlled and we won eventually. This is a reward for all our hard work, and that makes it all the sweeter,” he said.

“So far we have played well, and won in superior fashion. But you have to have difficult moments. We haven’t played a great game, not like the level of our first three games. My faith in my players is even stronger after such a game.”

He paid special tribute to the hero of the evening, Subasic.

“He was a hero. He saved three penalties in the shoot-out and you don’t see that every day. He pulled us out…when we needed it and congratulations to him,” Dalic added.

Croatia are now 6.50 to win the World Cup and 2.25 to defeat Russia in their next game.