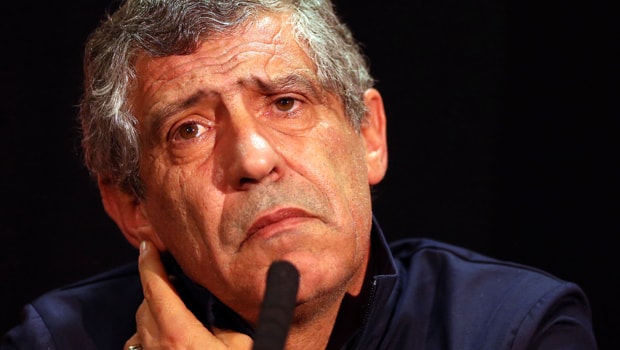 Portugal coach Fernando Santos knows his side are in for a tough evening when they take on Iran in their final World Cup group match on Monday.

Both sides will head into the contest at the Mordovia Arena in Saransk knowing a victory would seal their place in the knockout stages, although a draw for Portugal would also be enough.

The reigning European champions followed up a 3-3 draw with Spain in their opening match with a 1-0 victory over Morocco last time out, but Santos believes their toughest test may well come against Iran, particularly as he knows how strong Carlos Queiroz’ side are defensively.

“I had the opportunity to see these two Iran games in the World Cup and the 10 that they played in qualifying,” Santos said.

“I soon felt certain that they are a very strong team: nine wins, one draw, conceding only two goals with Syria when they qualified. “There are experienced players with a strong strategy.

We have seen here Iran’s defensive organisation and not only because they know how to play well and play ball.”

Portugal have won their two previous meetings with Iran without even conceding a goal, with their most recent success coming at the 2006 World Cup when Cristiano Ronaldo was one the scorers in a 2-0 win.

Ronaldo continues to lead the line for Portugal and he has scored all four of their goals in Russia to date, but Santos insists Monday’s match is not all about the Real Madrid forward.