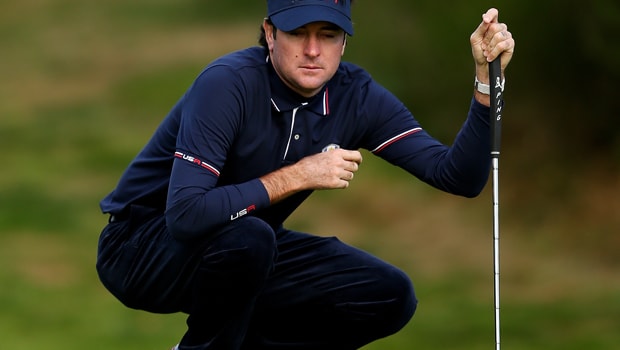 Bubba Watson has won the Travelers Championship for the third time after carding a superb final round score of 63 on Sunday.

The American headed into his final round six shots off the lead, but, after reaching the turn two-under-par for the day, he quickly upped the tempo, recording five birdies on his back nine to finish three strokes clear at the top of the standings on 17-under.

The 39-year-old certainly knows what it feels like to claim overall glory in Connecticut, as he has now won the tournament three times in the last eight years and he admits he feels like he is playing on a home course when he tees up at TPC at River Highlands.

“I feel like this is my home course,” Watson told the PGA Tour website. “As soon as they put the schedule up, I sign up for this. I want to come back here.”

The victory was also the third Watson has recorded this year, following on from his successes at the WGC-Dell Technologies Match Play and the Genesis Open, while he has now won 12 career titles on the PGA Tour.

A group of four players finished in a share for second-place, including overnight leader Paul Casey, who had headed into Sunday’s action with a four-shot lead.

Indeed, the Englishman looked on course for a comfortable afternoon when he birdied his opening hole of the day, but that turned out to be his only gain, as he eventually signed for a two-over-par score of 72.

Stewart Cink, who recorded an impressive final round of 62, Beau Hossler and J.B.

Holmes finished alongside Casey on 14-under, but it was Watson’s day, and the American is now priced at 67.00 to claim a third major title during next month’s Open Championship at Carnoustie.