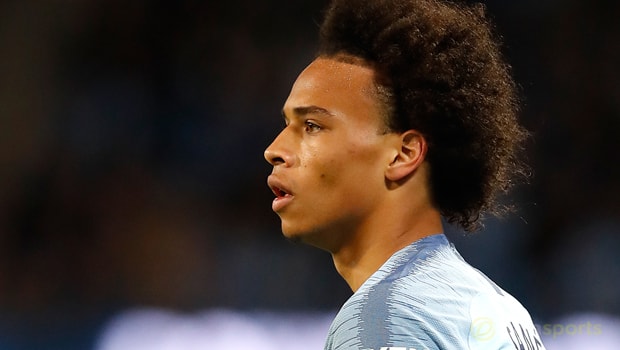 Germany coach Miroslav Klose has praised Leroy Sane for his reaction to being omitted from the squad for the World Cup in Russia.

Klose, the World Cup’s all-time leading goalscorer, was part of the Germany squad that triumphed four years ago in Brazil, the ultimate icing on his cake at his fourth World Cup as a player.

He’s now part of Joachim Low’s backroom team and has been impressed by Sane since it emerged the Manchester City winger wasn’t in the 23-man squad for Russia.

“It was a very close decision. I thought it was amazing how he reacted. He knows he has to draw conclusions from this.

I am in good spirits that he will learn from this,” Klose said at a press conference. Sane lost out in a battle with Bayer Leverkusen’s Julian Brandt to make the final cut.

At Man City this season, Sane scored 10 goals and provided 15 assists in 28 games, while he was named PFA Young Player of the Year in England and picked up a Premier League winners’ medal in an impressive season under Pep Guardiola.

According to Klose, he hasn’t yet reproduced his best club form when he links up with Germany.

“He is incredibly talented and brings with him an uncanny speed,” Klose added.

“With us he could not show what he did in the Premier League. He had many situations in training and during the games where he couldn’t establish himself.

“It was a decision for Julian Brandt and not for Leroy.”

Germany are 5.50 to retain the World Cup this summer, with Brazil favourites at 5.25. France are priced at 7.50 for glory in Russia.