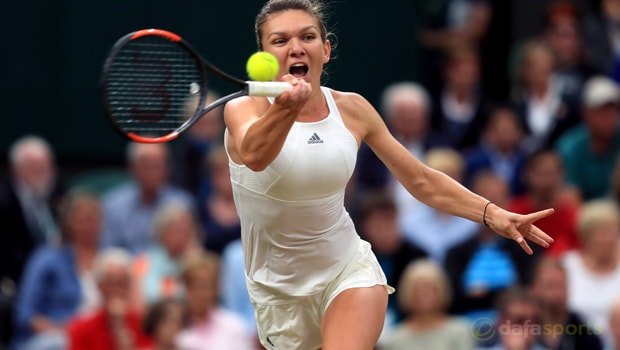 Simona Halep fees she has now got the experience in the bank to take her to Grand Slam glory after booking her spot in the French Open final.

The world number one won 6-1 6-4 against Garbine Muguruza, the Spanish third seed, on Thursday.

She will now face Sloane Stephens in Saturday’s final after the US Open champion beat Madison Keys 6-4 6-4 in their last-four encounter.

Halep has lost three previous Grand Slam finals, including deciders at Roland Garros in 2014 and 2017.

She was beaten in this year’s Australian Open final in Melbourne as Dane Caroline Wozniacki finally achieved her own Grand Slam breakthrough.

Halep has won only one of her past eight finals – including a surprise defeat by Jelena Ostapenko in last year’s French Open decider after she had won the opening set.

She’s also lost to five-time Grand Slam champion Maria Sharapova in 2014 but she now fees those experiences will stand to her in Saturday’s showpiece.

“I have more experience now,” she said.

“I feel calm. I feel that I have to enjoy this victory because it’s a great match.

“And I have two more days until I will play the final. So I will relax and then we will see what is going to happen Saturday. But for sure, I will fight for every ball.

The 26-year-old also felt her win over Wimbledon champion Muguruza was a standout clay performance.

“I think I played one of my best matches on clay,” Halep said.

“Every day I play better and that makes me happy.” Halep is 1.40 favourite to win the French Open final, with Stephens is 2.75.