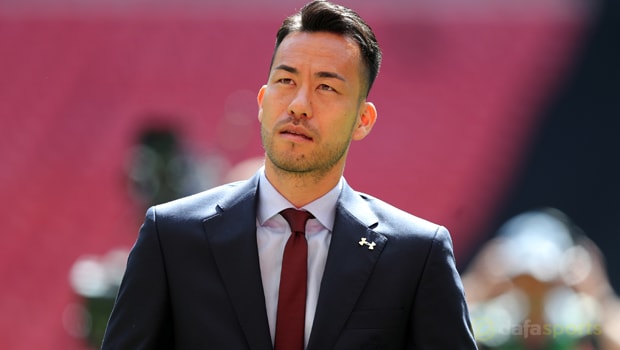 Defender Maya Yoshida expects Japan to be highly motivated this summer to improve on their miserable showing at the 2014 World Cup finals.

The Samurai Blue finished bottom of their group four years ago, losing to both the Ivory Coast and Colombia, with their only points coming from a drab goalless draw with Greece.

And the memory of that failure has Southampton centre-back Yoshida looking for a much better showing in Russia, when Japan will again face Colombia, as well as Poland and Senegal in Group H.

He told the Daily Echo: “We had so many regrets from Brazil. Still I have some painful feelings in my head and in my heart.

“There is only one solution to help the pain get better from Brazil, by winning in Russia.”

Japan are without a win in their last four games, but have two more outings to try and put things right before they begin their World Cup campaign against Colombia in Saransk on Tuesday 19 June.

On Friday they face Switzerland and four days later they take on Paraguay to complete their preparations.

The Samurai Blue will be taking part in their sixth consecutive World Cup finals tournament, but they have yet to make it past the last 16, having reached that stage of the competition in both 2010 and 2002, when they were the co-hosts with South Korea.

Turkey ended their hopes in 2002 by claiming a 1-0 victory in Miyagi, while eight years later Japan lost out 5-3 on penalties to Paraguay after their meeting had ended goalless after extra-time.

Japan are 1.36 to be eliminated at the group stage this summer, while they are 3.60 to fall at the last-16 hurdle once again.