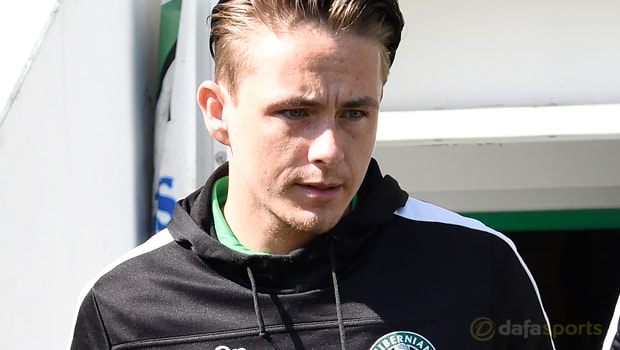 Hibernian boss Neil Lennon is hopeful loan midfielder Scott Allan will be able to seal a permanent move back to Easter Road this summer.

Allan departed Hibs in the summer of 2015 to join Celtic, but struggled to force his way into the first-team picture at Parkhead and spent the second half of last season back in Edinburgh, where he impressed Lennon with his performances.

And former Bhoys manager Lennon is keen to see if a permanent deal can be agreed, telling the Scottish Sun: “Scotty is obviously a Celtic player, so it’s great that he’d like to come back, but that would be Celtic’s decision and not ours.

“He’s a player who blossomed again and had a fantastic second half of the season.”

Meanwhile, former Bhoys loanee Patrick Roberts is being linked with a possible summer move to Leicester City, as part of a deal which would see Riyad Mahrez head in the opposite direction to join Manchester City.

Winger Roberts has spent the last two and a half seasons on loan with Celtic, but was only a peripheral figure as the Bhoys roared to a seventh consecutive league title last term.

English champions Manchester City came close to signing forward Mahrez in January, only to see a deal fall through on deadline day, but they appear to have reignited their interest in a player who was a key part of the Foxes side who claimed the Premier League title in 2015/16.

The Citizens are 1.67 to retain their Premier League crown next season, with FA Cup winners and 2016/15 league champions Chelsea available at 12.00.