Martin O’Neill: We can learn in defeat 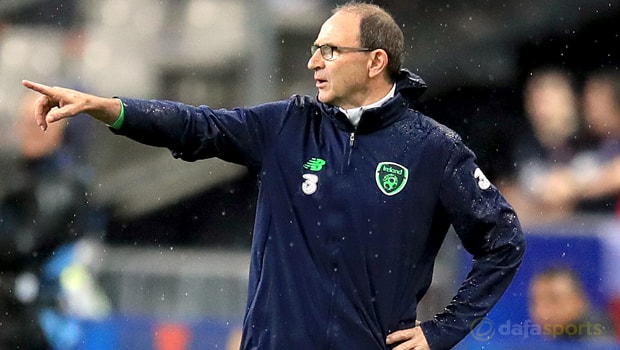 Republic of Ireland coach Martin O’Neill has urged his players to learn their lessons after they were beaten 2-0 by France on Monday night.

France opened the scoring in the 40th minute when Chelsea striker Olivier Giroud bundled the ball over the line after his original effort was blocked.

Les Blues then wrapped up the win just three minutes later as Lyon’s Nabil Fekir curled his effort past Colin Doyle into the top corner.

Speaking after the game, O’Neill admits his team can learn from the experience as they try to improver and qualify for the European Championships in 2020.

O’Neill said: “I am really pleased that we have taken this fixture on because if you’re trying to aspire to something, that sort of quality that the French possess is something you would want.

“While we are a great distance off that, I think the players can learn. We can look at the performance again at our leisure in the next 24, 48 hours, pick out the points we think we can definitely improve on.

“The one thing that we can is obviously, although we defended very strongly – we conceded maybe two bad goals at the time, but we defended pretty strongly – is our use of the ball when we have it.

“But it’s a great lesson for us tonight in what we’re trying to achieve. France are very strong, individually they have got a lot of talent in their team. I think they are one of the favourites for the World Cup.”

Ireland take on the United States on Saturday, while France face Italy on Friday night. France are 1.73 to win, with the draw 3.50, while Italy can be backed at odds of 4.75.