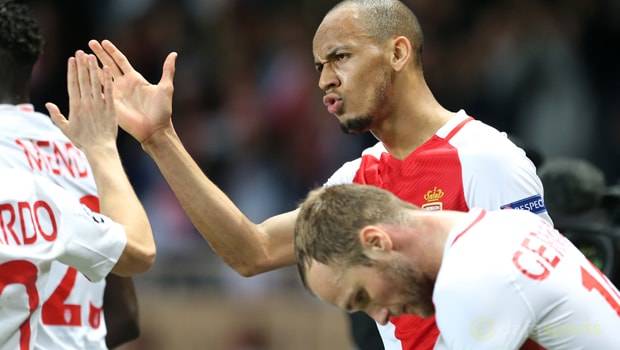 New Liverpool midfielder Fabinho insists he cannot wait to get started after completing his £43.7million move.

The 24-year-old will official join the Reds on July 1 after completing a medical at Melwood on Monday.

The Brazilian, who has earned four caps for his national side, has signed a four-year deal on Merseyside.

Reports claim Liverpool have paid £39.3million for his services with a further £5million to come in bonuses.

Fabinho can play in midfield and at right-back and he admits he could not turn down a club the size of Liverpool.

He told the club’s official website: “I am really excited about this move. This is something that I always wanted – this is a giant of a team. The infrastructures of the club look exceptional.

“A football club of this size coming after my services, I didn’t have to think that much about coming over.

I will try to create my own history at this football club. Hopefully, on a personal level, I’m able to win titles with this club.

“I will try to grow and learn and improve myself, and to be part of the club’s history.”

Fabinho will officially join Liverpool the same day that Naby Keita arrives from RB Leipzig. The Reds are also thought to want Lyon playmaker Nabil Fekir but talks are set to be delayed until after the World Cup.

Liverpool missed out on Champions League glory last weekend against Real Madrid and they are now 6.00 to win the Premier League next season.