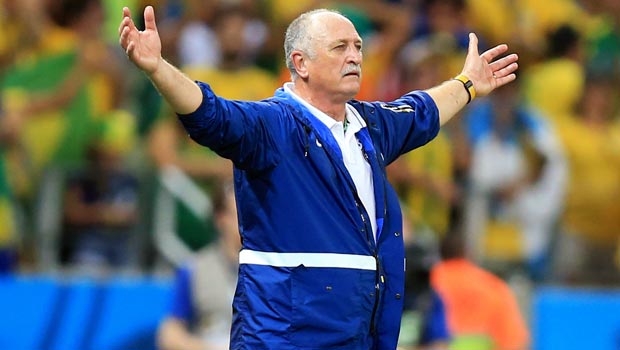 Luiz Felipe Scolari’s chances of retaining his role as Brazil boss look almost non-existent after the Selecao’s semi-final humiliation but he insists no decision will be made until after the third and fourth place play-off.

Scolari, who won the 2002 World Cup with Brazil, has faced calls to step down after Brazil’s 7-1 thrashing at the hands of a clinical Germany side in the last four on Tuesday.

Brazil’s defeat was the heaviest loss suffered by any side in a semi-final and it seems almost unthinkable that he could carry on beyond the end of the tournament.

The backlash in the South American national has been particularly scathing of Scolari, with the daily O Dia newspaper running an article stating the manager is “responsible for the worst humiliation of the national team in its century-old history”.

Jairzinho, a World Cup winner with Brazil in 1970, also attacked Scolari’s tactics, branding them “too defensive” and slamming the use of the long ball.

It would appear as if Scolari’s position has become untenable, despite his previous World Cup success, and he is widely expected to either resign or be axed after Saturday’s third and fourth place play-off against the Netherlands.

However, the 65-year-old insists he will not discuss his own future until after Saturday’s clash with the Dutch at the Estadio Nacional Mane Garrincha in Brasilia.

“We still have work. We have a commitment with the CBF (Brazilian Football Confederation) until the end of the World Cup,” Scolari said.

“And the end of the World Cup is Saturday. It is only after this game we will talk with the direction of the CBF, that’s when we will decide.”