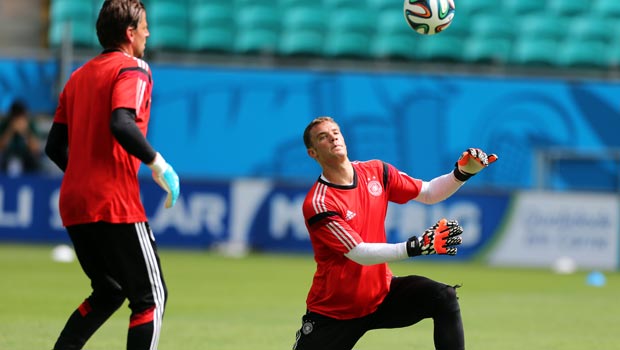 Keeper Manuel Neuer has revealed Germany were “a bit tense” and “a little nervous” prior to their 7-1 thrashing of Brazil in the World Cup semi-finals.

Germany appeared calm, collected and, of course, clinical during their historic victory but Bayern Munich shot-stopper Neuer insists the squad were nervous before the match began.

“Before the match, it was like what it’s been for most of the matches, a bit tense, a little nervous,” he said in an interview with Times of India.

“You can plan, but what happens on a football field cannot be predicted. It was more tense since we were playing in the semi-final, and against the hosts who have such a rich football history.

“We all were eager to be on the field and try to do what we have been doing so far.”

The European side were 5-0 up at the break and Neuer revealed any nervousness had evaporated by the interval, while it has been suggested the squad made a collective decision not to humiliate the hosts further in the second half by reports in the German media.

“There was a sense of satisfaction,” the Bayern Munich keeper admitted.

“We all knew we had done what we wanted to do. But there were 45 more minutes and we needed to be alert. We expected them to come back – it was a shame I conceded a goal but I could do nothing about it.”