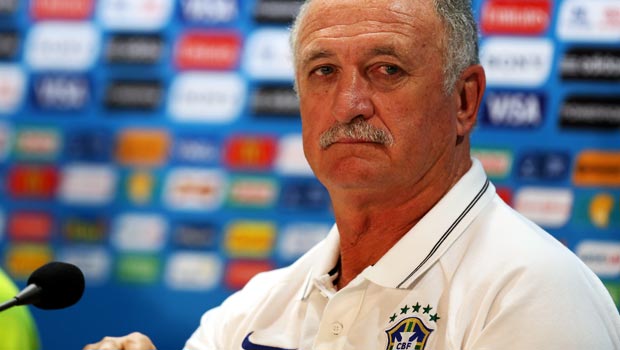 Brazil coach Luiz Felipe Scolari insists his side can still win the World Cup despite the fact they will be without Neymar for the remainder of the tournament.

Neymar suffered a fractured vertebra in the latter stages of the hosts’ 2-1 quarter-final win over Colombia following a challenge by Juan Zuniga and will miss Tuesday’s semi-final clash with Germany and Sunday’s final, if Brazil make it.

The Barcelona forward has been the undisputed star of Brazil’s attack during the World Cup, having scored four of his side’s eight goals to date as well as providing one assist, but Scolari is convinced his squad is strong enough to challenge for the trophy in Neymar’s absence.

“Neymar has done his share. Now it’s up to us to do our share,” said Scolari, who guided Brazil to World Cup glory in 2002. “We have accepted what has happened and we are focusing on other things.

It has been suggested Scolari may alter his tactics and formation following Neymar’s injury, while Chelsea’s Willian or Shakhtar Donetsk’s Bernard could be brought in as creative attacking replacements if the coach opts to stick with the formation he has used throughout the tournament.

Scolari claims he already knows his starting line-up for the semi-final showdown but would give no clues as to who would replace the injured 22-year-old.

He added: “I know the starting line-up and when they walk on the field you will see why I made those choices.

“I will tell the Brazilian people that we are doing our best and doing what we think is necessary – all of us.

“Sometimes this is not in a very beautiful way but we’re moving forward one step at a time towards the final.”