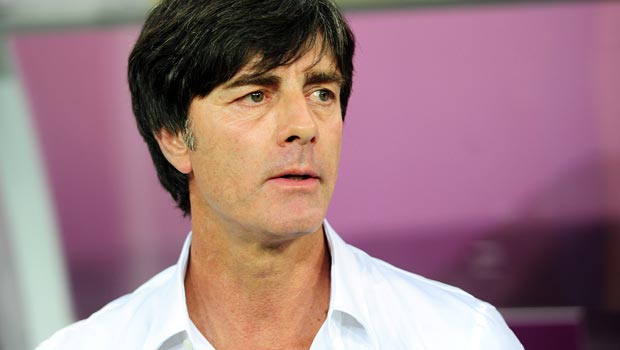 Germany coach Joachim Low expects a fierce battle with Brazil when his side take on the host nation in the semi-finals of the World Cup on Tuesday.

Low’s side secured a place in the last four with a hard-fought 1-0 win over France, having needed extra time to overcome Algeria in the last 16.

The Germany boss believes his side have grown stronger as the tournament has progressed but he believes Brazil should be considered the favourites ahead of their semi-final showdown.

The Selecao have lost Neymar for the remainder of the competition after he sustained a back injury in the quarter-finals and some pundits have suggested Die Mannschaft should be considered more likely to reach the final – and win the competition outright – but Low disagrees.

“We all know how strong Brazil are,” said Low. “They were the big favourites right from the start and the players have mostly coped with this role outstandingly. They underlined at the Confederations Cup last year [Brazil beat Spain 3-0 in the final] that the expectation levels lift them further and the pressure doesn’t numb them.

“What they’ve done is good for the whole tournament; it’s good when the hosts go so far, but we’re self-confident and we’ve gelled more as the tournament has progressed.”

Brazil will be without Neymar and suspended defensive talisman Thiago Silva for the last-four clash and on paper their team certainly looks weaker than at any other stage in the tournament. but Low feels the absence of the duo, particularly Barcelona forward Neymar, will galvanise the Selecao.

“You’ve seen teams lose some players and others accept the responsibility,” said the Germany coach. “They’ll be on the pitch fighting for Neymar and the nation to make sure they reach the final.”