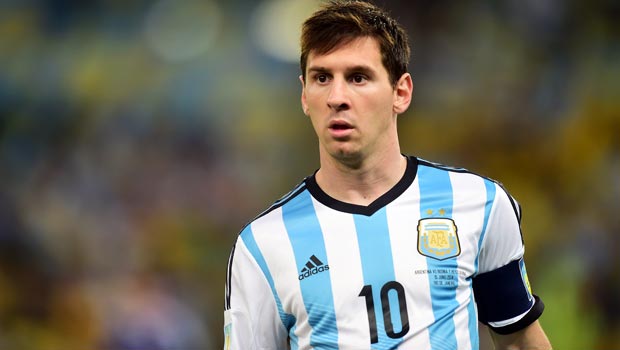 Lionel Messi claims Argentina have achieved their pre-World Cup aim to secure a place in the semi-finals but he is adamant that “we want more” ahead of their showdown against the Netherlands on Wednesday.

The Barcelona star has played an integral part in the South Americans’ march to the last-four in Brazil, although it was an opportunist strike from Gonzalo Higuain which settled Saturday’s quarter-final against Belgium.

Messi has praised the performances of all of his team-mates in coach Alejandro Sabella’s squad for getting this far, but he is in no doubt that they can push on and win the tournament in the neighbours’ back-yard.

He told reporters: “We went over the barrier. We’ve already succeeded in getting ourselves in the four best teams and we want more.

“We’ve achieved our first objective which was to get to the semi-finals and now we want more.”

Argentina will go into the game against the Dutch without the influential Angel di Maria who suffered a thigh injury in the win against Belgium. But Messi feels the players are in good shape looking ahead to facing the Dutch in Sao Paulo, while Sergio Aguero could also return to boost them.

He added: “We have to continue with tranquility and think about what’s to come, but we are prepared.

“For us to be the ones who broke the barrier of the quarter-finals is beautiful.

“On Saturday more than ever we were a team. We didn’t create much but neither did they. We didn’t suffer because our players at the back had a great day and won everything in the air. We played a great game.”