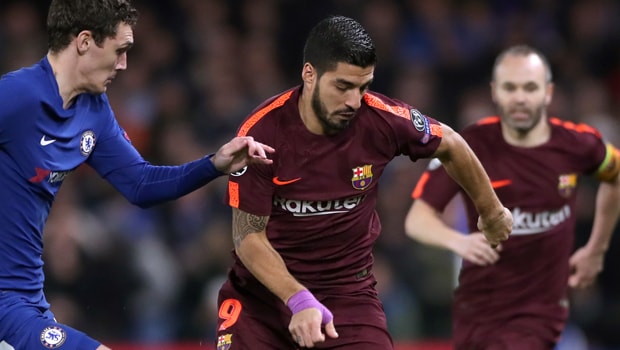 Luis Suarez insists he’s proud of Uruguay’s World Cup progress despite some poor play in their opening two games, while he insists facing Spain in the last 16 wouldn’t faze him.

Uruguay have still not delivered a top performance at the World Cup despite winning both of their games, with back-to-back 1-0 wins over Egypt and Saudi Arabia.

With hosts Russia firing eight goals past the same opposition, Uruguay need to win their final Group A match to take top spot, though both nations are now assured of a last-16 berth.

Suarez was the beneficiary of a howler from the Saudi goalkeeper as he scored the only goal in Rostov-on-Don and he says the performance was acceptable.

“I have always said that Uruguay are feeling very confident, we’re really up for it, but sometimes how you play depends on the day you have,” he told reporters.

“We are very happy because it’s the first time Uruguay has qualified for the last-16 for three World Cups in a row.

We can all be proud of the great progress Uruguayan football has made in these last few years.” Either 2010 World Cup winners Spain or reigning European champions Portugal are likely to be their opponents in the next stage.

Suarez could come up against Barcelona team mates Gerard Pique, Jordi Alba and Sergio Busquets if Uruguay get paired with Spain in the first knockout round. He says they are ready to face anyone.

“It doesn’t matter who we play, if we want to go as far as possible we have to beat everyone,” added Suarez.

“If we are to dream of being world champions we have to beat the best in the world, and Spain are one of the best.”